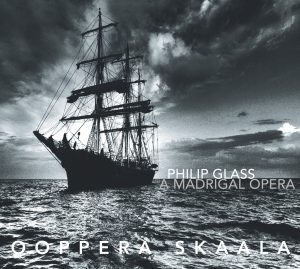 A chamber opera in four parts for six voices, violin and viola. The work was conceived as an abstract music theater work which would then be “completed” by the various future directors. It is for this reason that though the work has a clear emotional shape, it has no specific theatrical content.
Run Time: 60′ 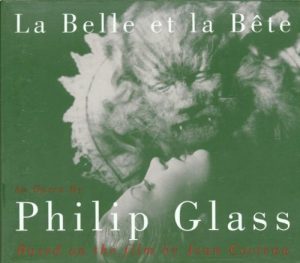 Presented as a simple fairy tale, it soon becomes clear that the history has taken on a broader and deeper subject – the very nature of the creative process. Through an extraordinary alchemy of the spirit, the ordinary world is transformed into a world of magic. The power of the creative and the raw world of nature, represented respectively by Beauty and the Beast, finally emerges and allows the world of imagination to take flight.
Run Time: 92′ 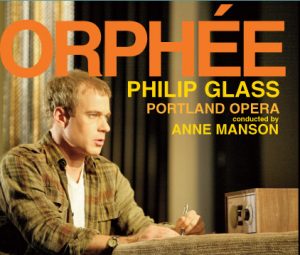 A chamber opera in two acts for ensemble and soloists. Based on Cocteau’s fascinating retelling of the Orpheus myth, Orphée, the first opera of Philip Glass’ Cocteau Trilogy, is an extended parable on the life of an artist, a poet harassed and misunderstood by peers. His success leads to ridicule by fellow poets, ending in a creatively crippling isolation. With a renewed apprehension of his own mortality, Orphee regains his emotional stregnth, enabling him to ignore the trials of ordinary life, freeing him to be a poet. The poets Orphee and Cegeste, Euridice, and a mysterious Princess interact within the worlds of the living and the dead, existing in that mysterious realm that separates the two worlds. Love triumphs and thus returns Orphee and Euridice to mortal life, with no remaining consciousness of their unusual time spent between “the worlds”. The Princess has violated the laws of life and death one time too many and is banished into oblivion.
Run Time: 100′ 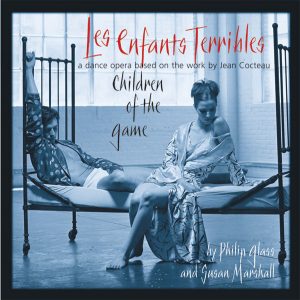 A dance opera for ensemble, soloists and dancers. Dancers and singers share the stage in Les Enfants Terribles, the final installment of Philip Glass’ trilogy based on the work of Jean Cocteau. Articulating Cocteau’s belief in the transcendent power of imagination and creativity, Les Enfants is the story of Paul and Lise, two characters so caught up in a world of their own imaginings that they can no longer see a reality beyond their “game”. The singers, along with eight dancers, alternately portray the action.
Run Time: 95′

Einstein on the Beach 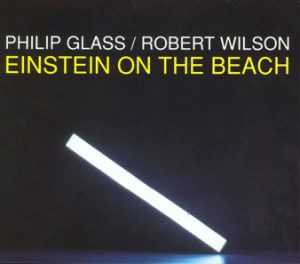 An opera in four acts for ensemble, chorus and soloists. First in a Glass Trilogy of operas about men who changed the world through the power of their ideas, “Einstein”‘s sub-text is science. The opera is non-narrative in form, and the producer has two options: to reproduce the original Robert Wilson production (which exists on videotape), or to create a new series of stage and dance pictures based on themes relating to the life of Albert Einstein.
Run Time: 270′

To license this piece for performance, please contact Drew Smith.
Rent Einstein on the Beach from Wise Music.

In the Penal Colony 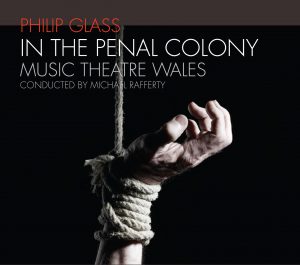 A chamber opera. Kafka is one of the seminal minds of modernist writing and has proven to be a steadily appealing author for modern audiences. In the Penal Colony is based on Kafka’s short story of the same title. The story describes an execution planned for one of the prisoners of the “colony” for which and up until then, an execution machine has been routinely used.

The material itself is allegorical, and though at first the story appears to address the question of capital punishment, in fact Kafka uses it as a platform to explore, extensively and poetically, issues of humanism, idealism, and transfiguration. The two protagonists, the commander of the colony and the visitor, are written for a baritone and a tenor or bass and tenor respectively. In addition, there are 2 speaking roles, a prisoner and a guard. A string ensemble accompanies the performers.
Run Time: 80′

To license this piece for performance, please contact Drew Smith.
Rent In the Penal Colony from Wise Music.

The Sound of a Voice/Hotel of Dreams 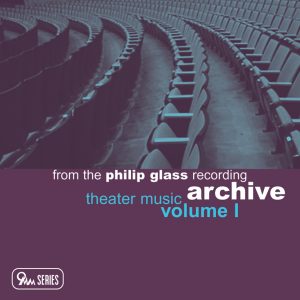 The Sound of a Voice explores how intimacy is achieved between people who have lived in seclusion. In the first part, an aging Japanese warrior arrives at the home of a mysterious woman who lives like a hermit deep in the woods. Has he come as her suitor, or her assassin? Does she intend to love him, or to imprison him forever, like the flowers she cultivates so assiduously? The battles of love become a deadly contest in this tale, blurring the distinctions between hero and coward, between victor and vanquished.

In the second part, an elderly Japanese writer visits a mysterious brothel, which caters to men near the end of their lives by providing them with a means to relive their youth. The writer’s initial contempt for the house gives way first to acceptance, then to regular visits. Ultimately, he finds his dreams and fantasies exposed before the brothel’s elderly Madame, and embarks with her on an ethereal journey beyond sex and love.
Run Time: 65′

To license this piece for performance, please contact Drew Smith.
Rent The Sound of a Voice from Wise Music.

The Fall of the House of Usher 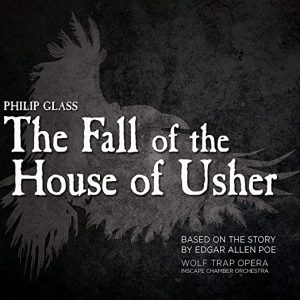 Opera in two acts for ensemble and soloists. Poe’s famous horror story has fascinated poets, dramatized and composers for over a century. Poe hints at much, but states hardly anything at all. Is the story real, or is it a hallucination? What are the relationship between the narrator (William), his friend Roderick Usher, and Roderick’s dying sister, Madeline? Has she been buried alive, or is it a demon from hell who takes such a spectacular revenge at the end? And is the vast house in which they live a living malignant entity? Incest, homosexuality, murder, and the supernatural hang in the air, but then again, such things may exist only in the imagination of the audience.
Run Time: 90′

To license this piece for performance, please contact Drew Smith.
Rent The Fall of the House of Usher from Wise Music. 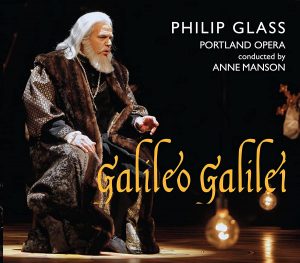 An opera in ten scenes for orchestra and soloists. Galileo Galilei is the 18th opera by Philip Glass. In ten scenes, it is adapted from the life of the Italian scientist Galileo Galilei (1564 – 1642) accused heretic by the Inquisition.

Drawing from letters of Galileo and his family, and various other documents, this opera retrospectively journeys through Galileo’s life. Opening with him as an old, blind man after the trial and Inquisition for his heresy, it explores his religiosity as well as his break with the church, and expands into the greater, oscillating relationship of science to both religion and art, reaching its end with Galileo -as an infant- watching an opera composed by his father.
Run Time: 93′ 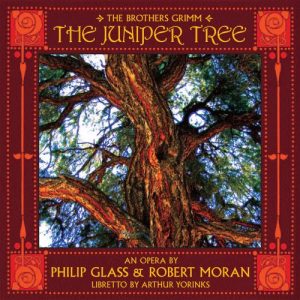 The famous Grimm fairy tale tells of a Wicked Stepmother who murders her stepson and serves him up in a stew to his unsuspecting father. The boy’s sister buries her brother’s bones under a Juniper Tree, and the child’s spirit returns as a singing bird who wreaks vengeance on the evil Stepmother before being restored to life in the bosom of his family. One of the most tuneful operas in the Glass repertory.

An opera in two acts for chamber orchestra, small chorus and soloists. Glass and fellow composer Robert Moran collaborated in virtually equal measure on the composition of The Juniper Tree. A Glass scene is followed by a Moran scene, with transitions composed by each. The result is a fascinating hybrid, each composer holding on to his own identity while melding with the other.
Run Time: 90′

To license this piece for performance, please contact Drew Smith.
Rental not yet available.

Songs are perhaps our most basic musical expression. Though I have worked widely in the fields of opera and music theater, I had not until this last year worked with the song form as such. Writing the song cycle Songs from Liquid Days became for me truly a voyage of discovery.

I began by asking David Byrne to write words that I could then set to music. We had worked together once before, and I found it such an easy and natural collaboration that I thought of extending the process with an entire record of songs.

It seemed to me that the people best suited to help with the lyrics would, like David, be other songwriters. It was clear that they, more than anyone else, would understand the practical demands of setting words to music. The people I asked — Paul Simon, Suzanne Vega, David Byrne and Laurie Anderson— are, I feel, not only outstanding songwriters on their own but also lyricists whose poetry reflects individual styles and approaches to songwriting.

The words come first. From these I fashioned a set of six songs which, together, form a cycle of themes ranging from reflections on nature to classic romantic settings. After the music was written, I — along with producer Kurt Munkacsi and conductor Michael Riesman— began the long and difficult process of “casting” singers for the individual songs. We felt that the interpretation a singer brings to a song is an immense contribution to its character — contributing their own personality to the work perhaps more than any other performer.

All in all, Songs from Liquid Days has brought together quite an astonishing assortment of people, from the progressive Kronos String Quartet to singers Linda Ronstadt, Doug Perry and Janice Pendarvis and Bernard Fowler. Among them, they cover a fair range of the contemporary music practiced in our time, from experimental to rock to opera. Add to them the writers already mentioned and one might well ask, “What have they all got in common?”

For me, their commonality is that they are an uncommonly talented group of people — and about as diverse in personal style and practical approach to music— making as you’re ever likely to find working together. I personally am very proud of my association with all these artists and, lastly, grateful to them for their contribution to this record.

Music/theater work in one act. The character “M” recalls encounters with extra-terrestrial life forms, including their message, “It is better to forget, it is pointless to remember. No one will believe you.” Are the surrealistic details an accurate recollection of a voyage through space, part of a drug-induced nightmare, or the beginning of a mental breakdown?

1000 Airplanes on the Roof is a so called “science fiction music drama” with music by Philip Glass, story by David Henry Hwang and holographic set projections by Jerome Sirlin’s
Run Time: 90′

To license this piece for performance, please contact Drew Smith.
Rent 1000 Airplanes on the Roof from Wise Music. 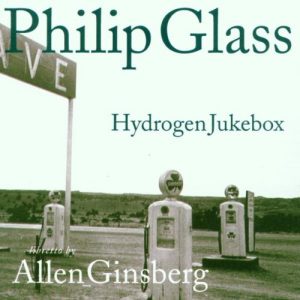 A chamber opera for ensemble and soloists. Drawing upon Ginsberg’s poetry, this music/theater piece is a portrait of America that cover’s the 50’s, 60’s, 70’s, and 80’s, seen by the collaborators Glass, Ginsberg and Sirlin. Its content ranges from highly personal poems of Ginsberg to his reflection on social issues: the anti-war movement, the sexual revolution, drugs, eastern philosophy, and environmental awareness. The six vocal parts represent six archetypal American characters- a waitress, a policeman, a businessman, a cheerleader, a preist, and a mechanic.
Run Time: 90′ 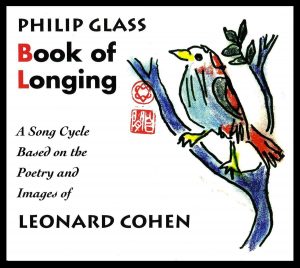 Composed by Philip Glass and based on the poetry of Leonard Cohen, Book of Longing is a song cycle composed for ensemble, singers, spoken word and imagery. The culmination of years of mutual admiration between two of the most celebrated musical artists of their generation, the piece features new music by Philip Glass that is inspired by Cohen’s collection of poems and his artwork of the same name.
Run Time: 85′

To license this piece for performance, please contact Drew Smith.
Rental not yet available.