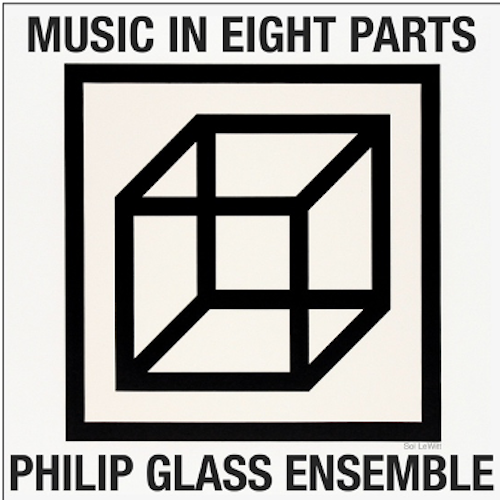 The Philip Glass Ensemble announces the world premiere recording of Philip Glass’s Music in Eight Parts (1970), released on Orange Mountain Music on May 22, 2020. Performed a handful of times in 1970, the manuscript of the piece went missing until the score was rediscovered at Christie’s Auction House in New York City in late 2017. Fifty years later, it has been realized for the Philip Glass Ensemble, recorded by the members of the ensemble remotely – each in isolation at home – in April 2020, and assembled by music director Michael Riesman at his home studio in Manhattan. 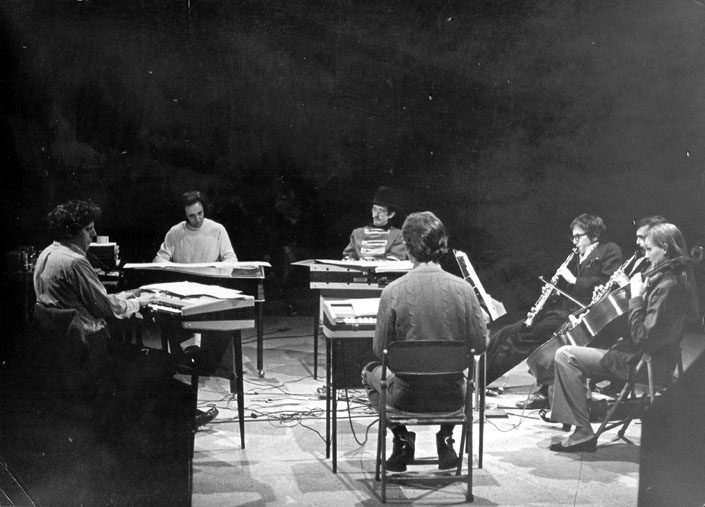 PGE performing at the Walker Arts Center in 1970

In early 2018 the score was obtained by Glass’s publishers, Dunvagen Music Publishers. Alex Gray, music assistant at the publishing company, thought it would be interesting to realize the work for the instrumentation of the Philip Glass Ensemble: woodwinds, keyboard, and voice. As part of Gray’s research, he copied the score, made a synthesized demo of the piece, and he wrote a thesis on the project.

The Philip Glass Ensemble then organized performances of this lost piece in the spring of 2020. It was to be the first time audiences would hear this music in five decades. Due to concert cancellations caused by the COVID-19 crisis, these performances across Europe were not to be. In response, the Philip Glass Ensemble decided to bring the work to life together from their individual home studios. 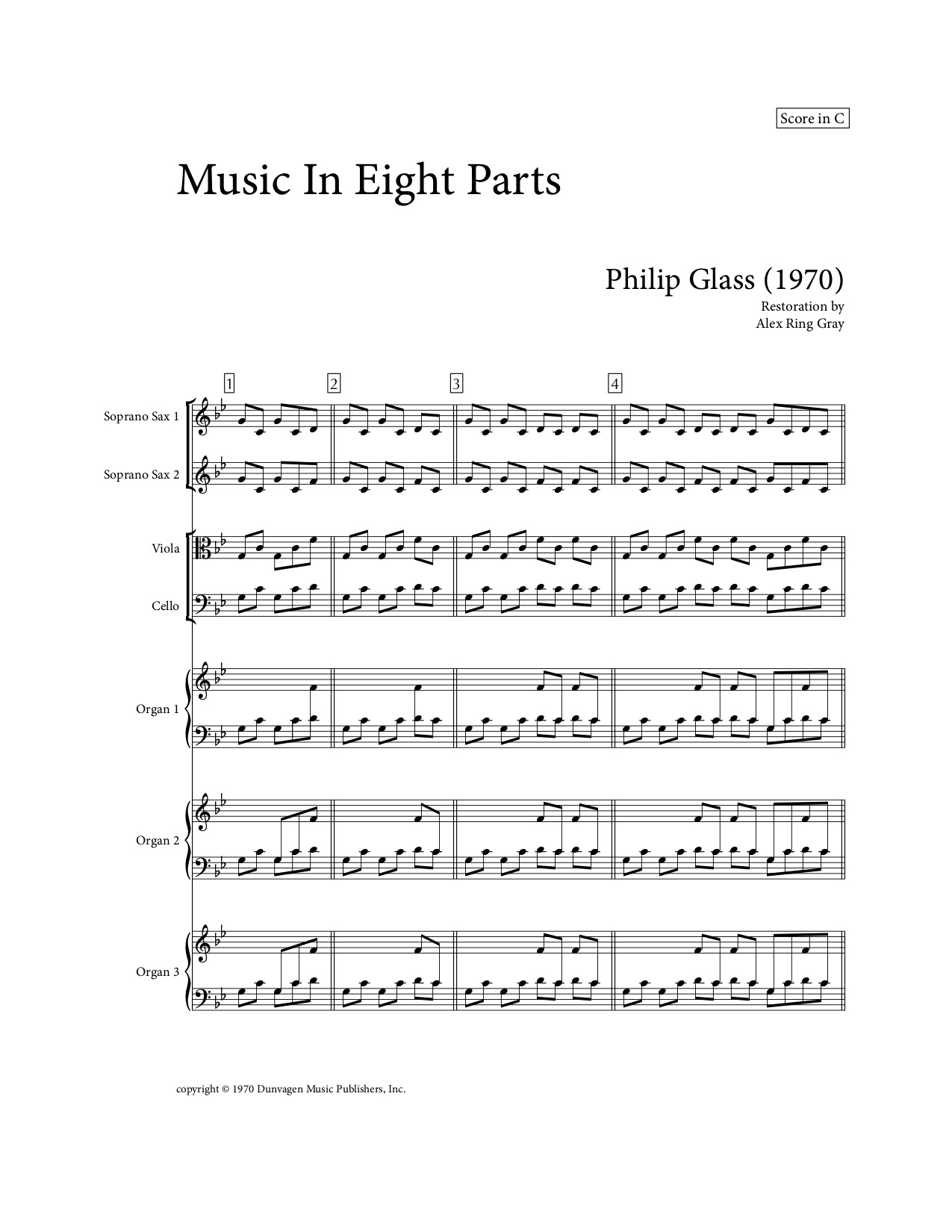 Music in Eight Parts was composed right in the middle of Glass’s Minimalist period, which Glass defines in his music as existing from 1965 to 1975 – up to and including his opera Einstein on the Beach (1975-76). These largely theoretical pieces such as Music in Similar Motion (1969), Music in Fifths (1969), Music with Changing Parts (1970) all led to Glass’s seminal compendium Music in Twelve Parts (1971-74.) So how can a major piece from this time go missing?

It’s theorized that after Glass’s 1975 opera Einstein on the Beach landed the composer in a fair amount of debt, Glass was forced to sell a number of scores. In Glass’s archive, only fragmentary sketches of Music in Eight Parts remained as evidence of the piece’s existence. Glass “never intended this early music to last” and yet these pieces have ended up being some of his most appreciated. 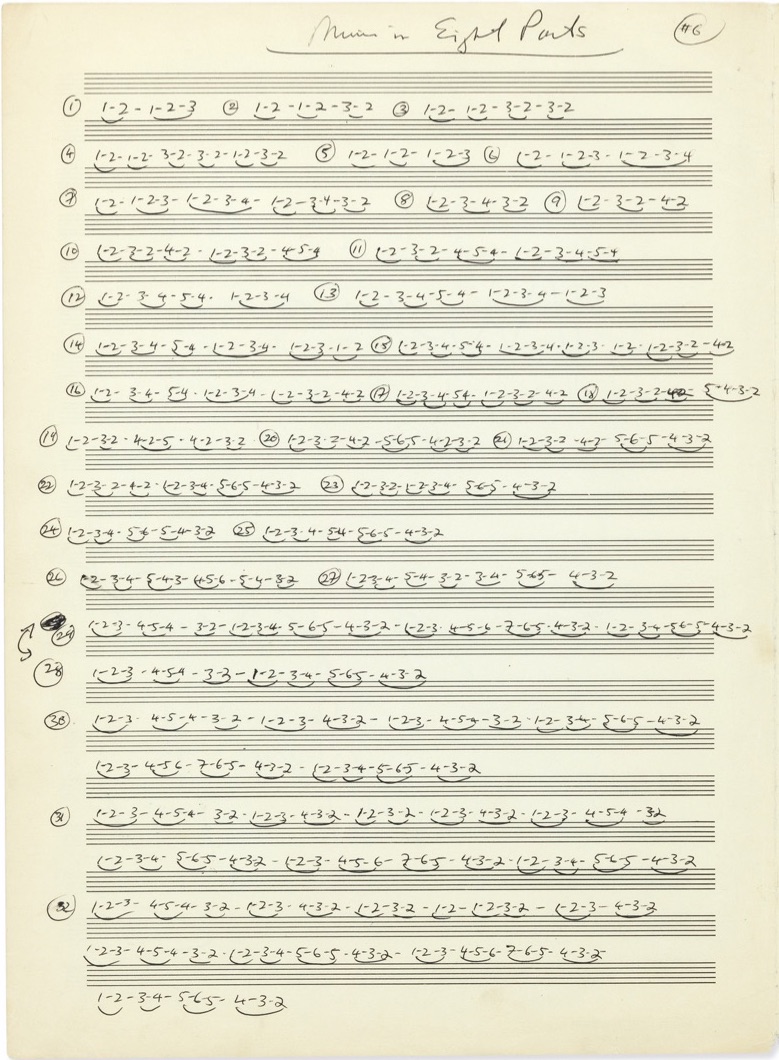 Music in Eight Parts is immediately recognizable as being of Glass’s minimalist musical language in full stride and it is played with absolute mastery by the specialists of this repertoire. This world premiere recording was produced by Lisa Bielawa, Richard Guérin, and Michael Riesman and features artwork by artist Sol LeWitt, frequent collaborator of Glass’s including works like DANCE from 1979. It was LeWitt that designed the cover for the original recording of Music in Twelve Parts in the 1970s.

About the Philip Glass Ensemble: The Philip Glass Ensemble (PGE) comprises the principal performers of the music of Philip Glass. In 1968, Glass founded the PGE in New York City as a laboratory for his music. Its purpose was to develop a performance practice to meet the unprecedented technical and artistic demands of his compositions. In pioneering this approach, the PGE became a creative wellspring for Glass, and its members remain inimitable interpreters of his work.

The artists of the PGE recognize their unique position in the history of music of the past half-century, and passing on that legacy is part of their practice. A deep dedication to educating the next generation of musicians is integral to the PGE’s work, both on tour and as the Ensemble-in-Residence at The Philip Glass Institute at The New School.

The PGE debuted at the Whitney Museum of American Art in 1969, and in its early years performed primarily in the galleries, artist lofts, and museums of SoHo’s then-thriving artistic community. In the five decades since, the PGE has performed in world-renowned music festivals and concert halls across five continents, and has made records with Sony, Nonesuch, and Orange Mountain Music. 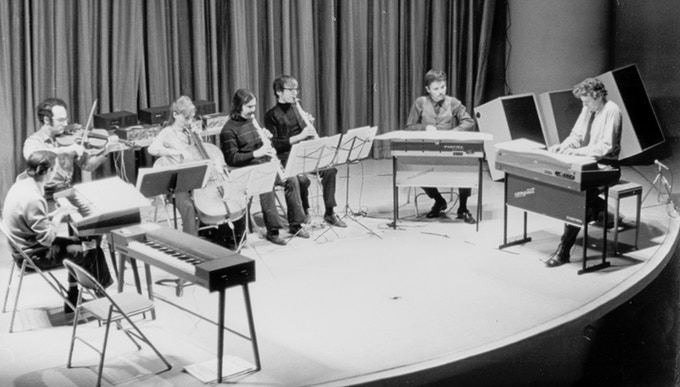 PGE performing at the Guggenheim in 1970

Many of Philip Glass’s most celebrated works were expressly composed for the PGE: its core concert pieces Music in Twelve Parts, Music in Similar Motion, and Music with Changing Parts; the opera and musical theater projects Einstein on the Beach, Hydrogen Jukebox, 1000 Airplanes on the Roof, Monsters of Grace; and the full-length dance works Dance (Lucinda Childs) and A Descent Into the Maelström (Australian Dance Theater). The PGE is most widely acclaimed for its soundtracks to Godfrey Reggio’s trilogy of wordless films: Koyaanisqatsi, Powaqqatsi, and Naqoyqatsi. It is also featured in Glass’s operas La Belle et la Bête and The Photographer.

This world premiere recording was produced by Lisa Bielawa, Richard Guérin, and Michael Riesman and features artwork by artist Sol LeWitt, frequent collaborator of Glass’s including works like DANCE from 1979. It was LeWitt that designed the cover for the original recording of Music in Twelve Parts in the 1970s.

You can view the trailer above and purchase Music in Eight Parts from Orange Mountain Music here.