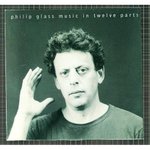 When Amazon’s MP3 store launched, there were some hiccups in its first few days.  The most grievous (read:wonderful) mistakes were in pricing.  There were no "Album only" tracks…meaning, for example one could buy "Music with Changing Parts" which was one track (68 minutes) for $.99.
Or, the entire Glass Symphony No. 8 (3 tracks…3 x $.99) for $2.97.  I myself bought the entire Clemes Krauss performance of Wagner’s Ring Cycle (14 CDs worth of music for $13.96) which is now priced at $53.99 which is still a bargain.
Well, I have to draw your attention to the fact that one can currently download the entire Nonesuch recording of "Music in 12 Parts" for a paltry $9.99 as opposed to the CD retail price of $43.98.  I wish I didn’t own it so I could buy it right now. I might anyway.  DO NOT get it confused with the EXACT SAME album which is priced for $22.99.  Clearly, disorganization still reigns chez Amazon MP3.

The good news is the wonderful and elegant new album "Songs and Poems for Solo Cello" has already appeared on the Amazon MP3 store.  This album by cellist Wendy Sutter is one of the most beautiful collections of Glass pieces I have heard in years.  "Songs and Poems" was composed in 2006 and premiered in January 2007.  The new Orange Mountain Music release also includes four "Tissues" from Naqoyqatsi.  The album will be in stores on February 12th.