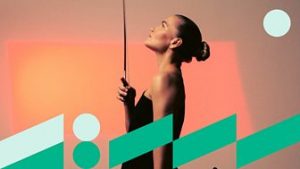 Mari Samuelsen and the BBC Concert Orchestra perform Philip Glass’s Violin Concerto No.1 on Thursday 5 May 2022 at the Southbank Centre’s Queen Elizabeth Hall, 19:30

I first became aware of Mari Samuelsen around 2014 when I heard that composer James Horner (1953-2015) was going to compose a concerto work. Samuelsen and her cellist brother Hakon Samuelsen commissioned the composer of Titanic, Avatar, and Braveheart to write his first concert work in decades, his Double Concerto called “Pas de Deux.” She emerged as one of the leading figures of her generation and was soon signed an exclusive contract with Deutsche Grammophon. Then in 2017, on the occasion of Philip Glass’s 80th birthday year, the Samuelsen’s performed the Turkish Premiere of Philip Glass’s 2010 Double Concerto for Violin and Cello in Instanbul.

Glass’s music continued to be a part of Samuelsen’s activities including on DG’s Digital Lounge and on her recent album release, her 2019 self-titled album “MARI,” She included a dazzlingly fast and virtuosic interpretation of Knee Play 2 from Einstein on the Beach and the chaconne second movement from Glass’s Violin Concerto No.1 (1987) on

So it was of great interest to see Samuelsen’s scheduled performance of Violin Concerto No.1 on 5 May 2022 at Queen Elizabeth Hall at Southbank Centre in London with the BBC Concert Orchestra conducted by Anna-Maria Helsing. In addition to the Glass, program features music by Liam Taylor-West, Electra Perivolaris, and Jennifer Higdon.

“The first time I’m actually doing it as a real concerto” Samuelsen said. “I wanted to do it with the BBC Concert Orchestra because I’ve worked with them before and I know them. It’s a concerto which is different from the standard repertoire and violin concertos. So it’s a great luxury to have several days together.”

I mentioned that Glass’s Violin Concerto (No.1) premiered at Carnegie Hall in 1987 and that a page of Glass’s manuscript still hangs framed on the wall in that esteemed venue. Samuelsen marked the date, “You know, that was the year I began playing the violin.”

In discussing the rehearsals and the creative permission one gets – or doesn’t get – from composers, the subject turns to Glass’s openness and attitude to those who perform his music. The Violin Concerto got its first recording with Gidon Kremer and the Vienna Philharmonic (Von Dohnányi) in the 1990s, followed Robert McDuffie and the Houston Symphony (Eschenbach), Adele Anthony and the Ulster Orchestra (Yuasa), and recent recordings by Renaud Capuçon and the Bruckner Orchester Linz (Davies) as well as David Nebel with the London Symphony Orchestra (Kristjan Järvi) – there has even been a recording with saxophonist Amy Dickson as well as a version of the concerto for marimba and orchestra. The kind of variety one finds in these versions is not necessarily typical with composers or general practice in the field of classical music. I explain that not only does Glass own his own publishing which creates a context for these kind of things to happen, but that he encourages various interpretations with the philosophy of a respect for performers (as a composer-performer himself.) Glass is often heard telling performers looking for guidance, “It’s your piece!”

Samuelsen reflects, “It takes time to find yourself and channel your voice. I am an interpreter. As a violinist, you practice a lot and you find your character but it takes time to find your own language. When did it happen for me? Maybe over the last seven, eight, nine years. Maybe in my late twenties. It’s a constant search for something. It’s what makes it interesting knowing that I’m doing the best I can. I’m absolutely happy working with composers. I’m a human being. Life is a learning path, you give it what you have. I’m lucky to be in a position to have room and space as a performer to actually experience pieces in different directions.”

What about bad interpretations? Glass is on record saying, “There are bad performances of Beethoven and Mozart happening every day. I won’t be around 20 years from now to police things, so why should I do it now?” When pressed about the most egregious interpretations which stray far away from what people might think is the composer’s intention, Glass replied, “I totally reject the idea that the composer is some kind of authority about this. The composer is nothing more than the first person to hear the music.”

Samuelsen talk about her own experiences, “Working together with James Horner, it was also very free. Glass’s approach reminds me of that. I’m also working a lot with Max Richter. Until today, with one or two exceptions I have been lucky. I haven’t been working with composers who come and point at every things that you have to do! It’s more “play it as you feel it!””

One of the special things about the Glass First Violin Concerto is Glass’s connection to working in a record store in his youth. His father Ben, to whom he dedicated the work, was the owner of General Radio where young Glass ended up being the store’s buyer, choosing which music the store would stock.  Ben Glass was acutely aware of what music sold the best but also what music he personally liked the most. For Ben, his favorite music was often the great violin concertos. That love left an impression on the young musician.  When it came time for Glass to have the opportunity to write a violin concerto, the mature composer of age 50 set out to write a piece which his father would have liked. It has since become one of his most popular works.

Samuelson continued, “I think it is one of those pieces that really stand out in the 20th Century. It has the most beautiful second movement. When I mentioned earlier about it being a different concerto, I meant for traditional orchestras who are more used to playing Brahms, Mendelssohn, Tchaikovsky concertos. For me, this concerto fits straight into my top three.”

Perhaps the most important part of the Glass concerto, is that it represents the deepest acceptance of any piece in Glass’s catalogue into the standard repertoire. After spending two decades away from tradition carving his own path in art music but away from the classical tradition, at age 50 the composer was ready to look back.  In many ways this Violin Concerto the perfect representative of Glass’s music in general and requires of performers a kind of absolute attention that he developed away from the common practice of classical music and the orchestral world.

Those demands and that feeling were floating in Samuelsen’s mind only while just coming from playing the music: “What I think is so fascinating about playing his music in general, I felt this today in rehearsal… it’s a pretty big orchestra. It’s a big orchestration. We are many players on the stage. There are a lot of things that need to be timed correctly for this to be channeled right. When everybody is zooming in, to be on the same track, this kind of focused concentration is something I really enjoy in music. It’s something to me that is magic. It’s not like everyone is everyone is taking their freedom to make music, take rubatos, make glissandos or whatever. We are all in it together from A to Z.

When that comes together in such a masterpiece as this, with the dynamics and the harmonics, with just what is there, there’s no fuss, it’s pure magic.”